Bricks can withstand moisture exposure for a long time, which is why they are often used in outdoor construction. Eventually, though, failed mortar can allow moisture to seep behind bricks, or moisture may make its way in through damage in the bricks themselves. Once this occurs, the moisture compromises the integrity of the bricks.

The mortar between bricks tends to be less durable than the brick material, so it often shows the first signs of moisture damage. Affected mortar may crumble easily. You may be able to scratch or indent it with a fingernail, as well. Once the mortar begins to fail, you will often notice missing mortar around bricks or find mortar dust on the ground at the base of the wall. Fortunately, compromised mortar can be replaced with new mortar.

Spalling occurs when a little bit of moisture seeps into the brick face. It then freezes and expands, breaking off a chip -- or spall -- from the face of the brick. The spalled area can absorb even more moisture and the brick will begin to crumble over time. Hairline cracks in the brick are a common cause, as is moisture seeping into the compromised mortar. Spalled bricks may require replacement, although they can sometimes be sealed against further moisture damage.

Small hairline cracks in a brick can absorb moisture, which is then capable of cracking a brick apart thanks to thermal expansion. Small hairline cracks can be filled with a special resin injector, which will seal the crack and protect against water incursion. Once extensive cracking occurs, though, brick replacement is the only viable option.

Bulging most commonly affects brick retaining walls in the landscape. Water trapped behind the bricks puts outward pressure on the wall so that it begins to bulge forward. It will eventually collapse if not repaired. Your mason will install drainage in the wall. They may also need to rebuild sections if the bulging is severe or if it has damaged the mortar.

Contact a masonry service if you are concerned that water has caused damage to your exterior brick walls. 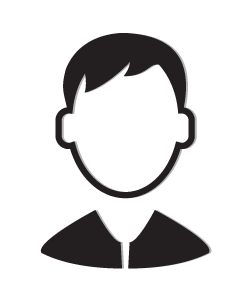 Do you long for a beautiful, peaceful oasis in your backyard? Perhaps, you desperately desire to unwind at the end of stressful workdays while sitting on a comfortable lounge chair and staring at a gorgeous flower garden. If you can relate to this situation, think about hiring a professional landscape service in your part of the country. A reputable landscape company can work with you to plan and install the backyard of your dreams. For instance, this type of business can plant shrubs, flowers, trees, and grass. On this blog, I hope you will discover how a landscape business can improve both the appearance and value of your property. Enjoy!

Planting A Meyer Lemon In Your Yard? Here's What You Need To Do During Its First Year - 3 November 2022